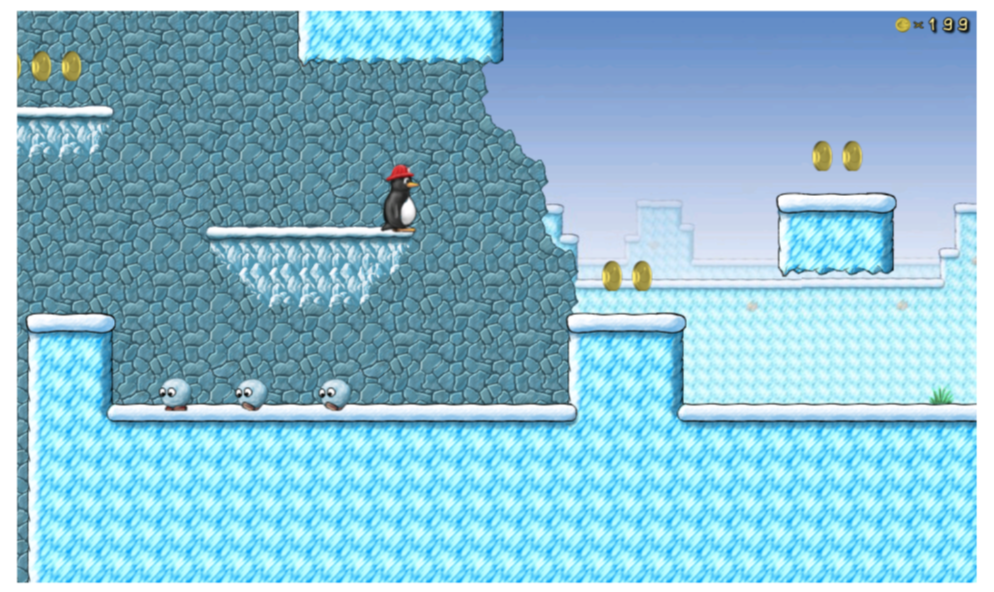 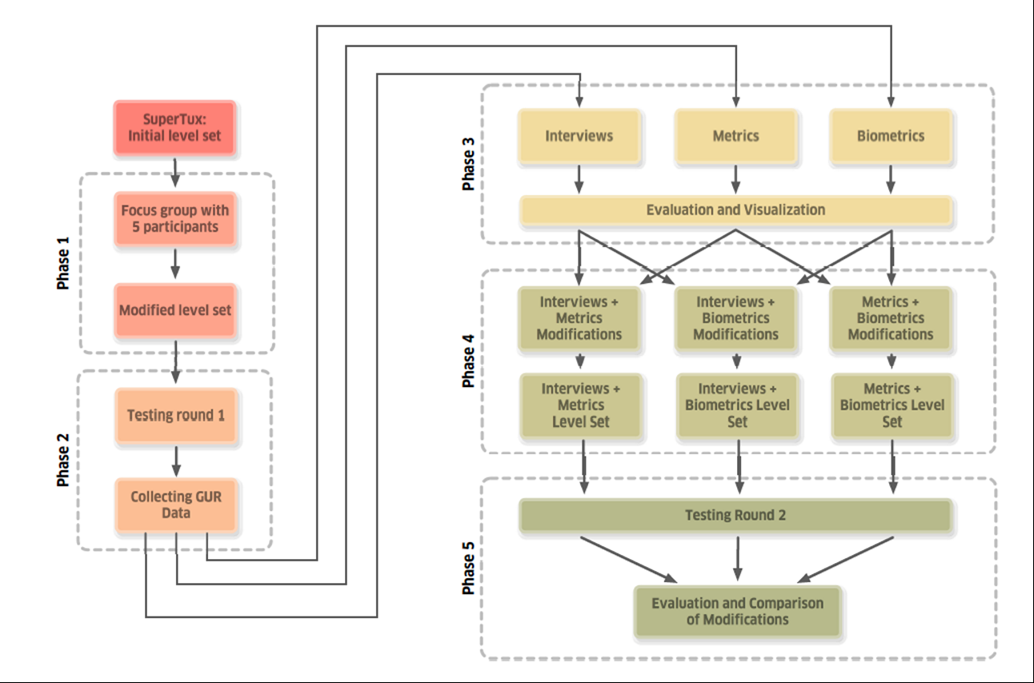 Phase 1: Preparation of the Benchmark Levels

This phase was intended to set a benchmark, to define a point at which professional designers would release their work for internal quality assurance. 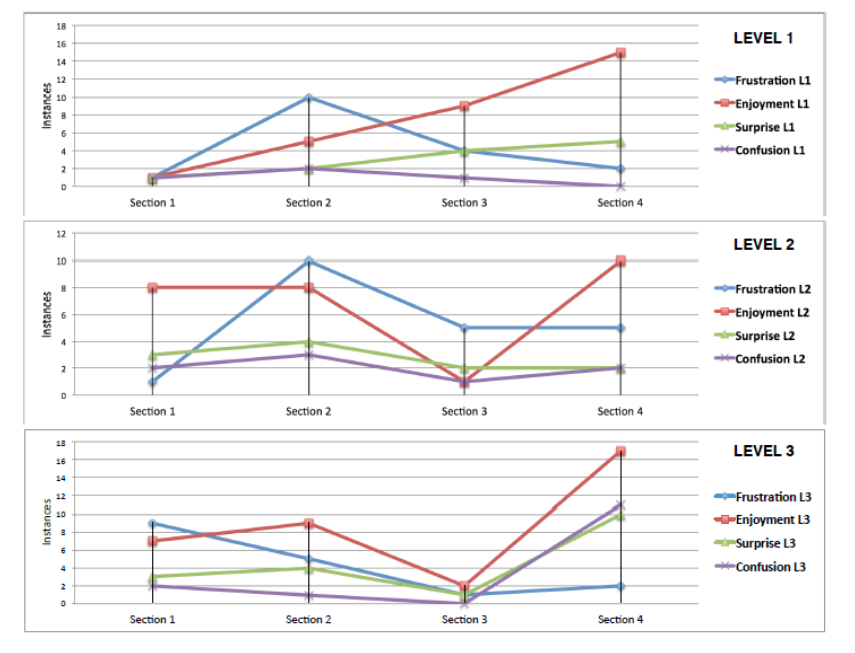 Metric data: Apart from acquiring play statistics for each participant, the logs were used to create heatmaps.

Biometric data: For the evaluation of biometric data, each level was divided into 12 equally long sections. 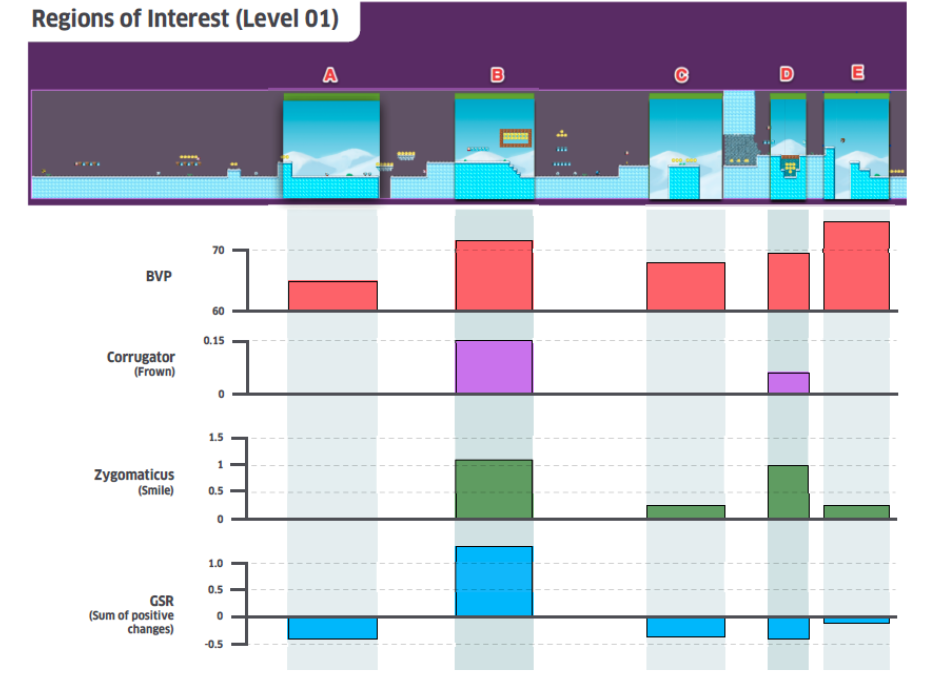 Each level was modified based on the data collected in phase 3 according to the three different pair-wise combinations of methodologies. These were:

For each combination of methodologies, a total of six changes were implemented across the three levels. 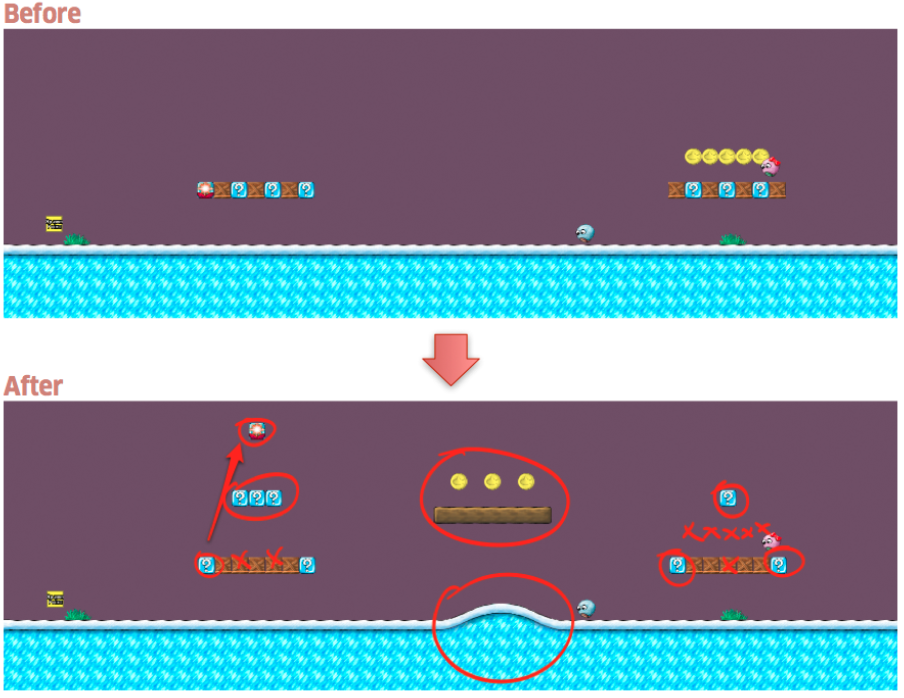 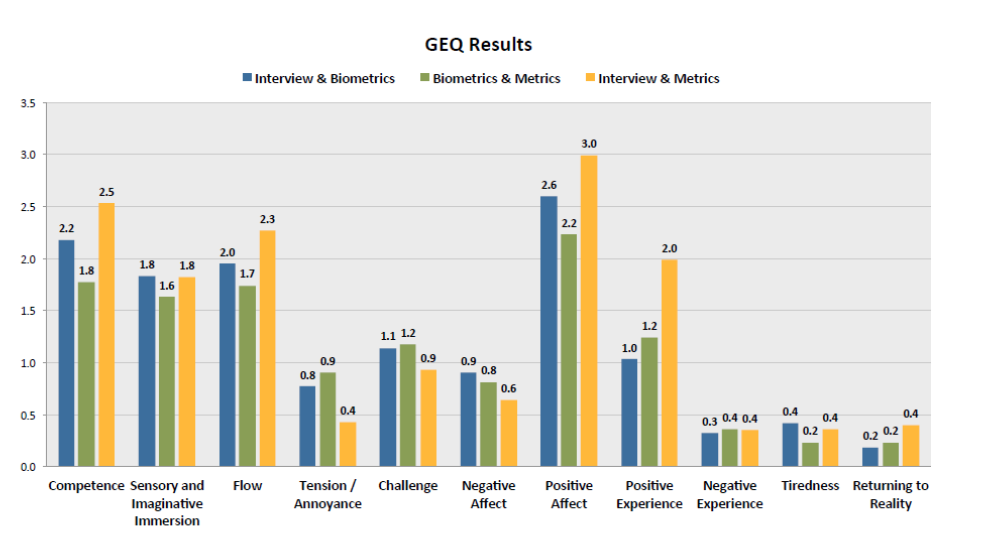 WHAT A NICE DAY